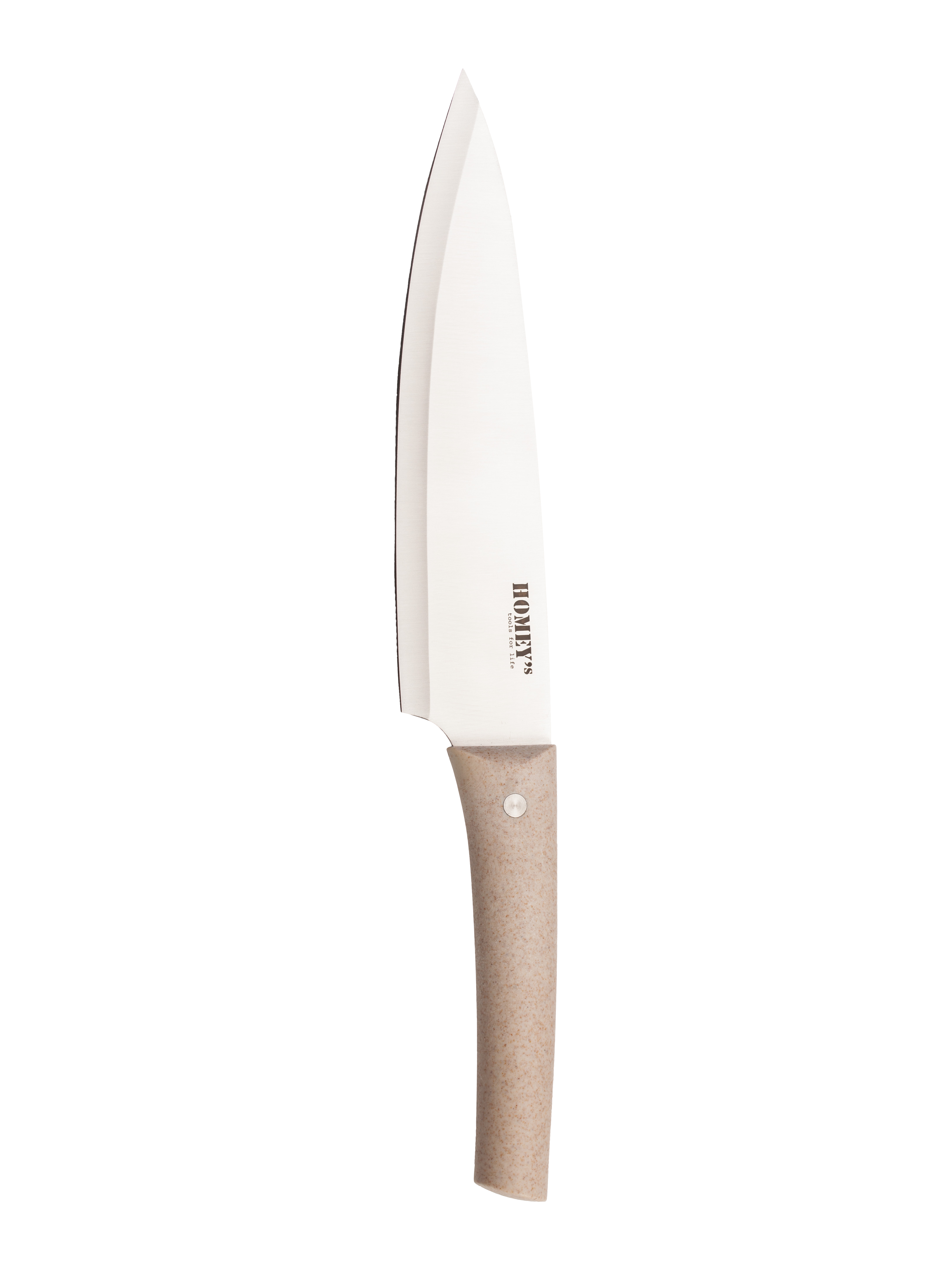 ABOUT THE VITT SERIE

Do you love to cook and do you want to be environmentally conscious at the same time? Then choose Homey’s VITT knife. With this knife, made of wheatgrass, you can prepare the most delicious dishes with an ecological twist. The VITT knife of Homey’s is the first knife with a handle made of wheatgrass. With the VITT serie, Homey’s has taken a step forward in the environmentally direction.

How can a knife be environmentally friendly?

The handle of the Homey’s VITT knife is made of wheat fibres that are reinforced with polymer resin by means of a special production process. That polymer resin used for these knives is not a normal polymer resin, it is made from biological materials. The biological polymer resin does not contain any toxic, aggressive or harmful substances such as Bisphenol A. The production of the plastic used for the VITT handle has a lower processing temperature (40°C) than normal plastic (+/- 200°C). This saves a lot of energy. In addition, the use of wheat fibre reduces the dependence on oil sources.

VITT’s wheat fibres come from the residue from cereal cultivation that was previously burned. As a result, air pollution is also reduced a little. Because the straw residue is unbleached, the handle of Homey’s VITT knives has a pale and natural colour. In addition, the stems of the grain plants used for the Homey’s VITT knives do not contain gluten, proteins or allergens.

Not only is the VITT knife itself environmentally friendly, the packaging containing the VITT knives are also made of recyclable cardboard. For example, you can make a lampshade or a tea-light holder out of the packaging.

The razor-sharp blade of the VITT knife is made of 3Cr14 stainless steel and can be used for both hot and cold products. Homey’s VITT knife is heat resistant up to a temperature of 105°C. In addition, the VITT knife by its handle made of wheatgrass dishwasher safe. 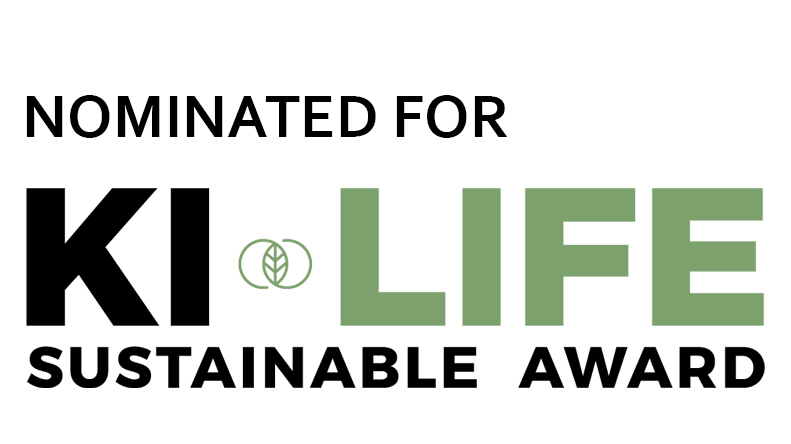